Dunoon Hill Runners Are On The Up! 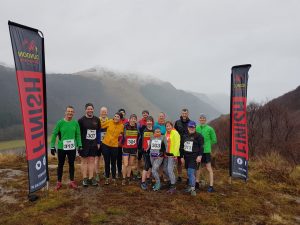 The penultimate race in the Dunoon Hill Runners’ 2016-17 league series of 6 races took place on Saturday 4 February 2017. This was the Vertical KM – which is as the title suggests, a brutal kilometre of relentless climbing! It was held on a damp and misty morning, when hardy competitors
signed up for an all-out, lung-busting ascent of the hills above Loch Eck. 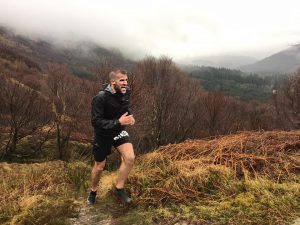 Ricky Reid takes the lead in the Vertical KM race

Competition was fierce, but the finishing order soon became apparent as the runners approached the upper reaches of the route. Continuing a string of league race successes this season, the first male finisher was Ricky Reid in a time of 7 minutes 11 seconds, closely followed by Grant Mackellar in
7:38 and Charlie Collins in 7:53. The first female was Lucie Noakes, who has also had a very successful season, in 8:29. She was followed by Kat Sims in 8:39 and Morven Walsh in 9:55.

On Saturday 11 February, a 10-strong club contingent headed over to the Pentland hills to run the legendary Craigdon Carnethy 5 hill race, organised by the Carnethy Hill Running Club. This race is renowned for its brutal conditions and this year was no exception, with officials advising that it was the worst weather in the history of the race. Undaunted, the Dunoon Hill Runners set forth and, despite very high winds and searing wind chill, outstanding performances were achieved. The women’s team came in fourth overall, with results led by Sara Cudahy whose first appearance at this race produced a highly impressive time of 01:19:12. The men’s team came in twelfth overall,  with results led by Grant Mackellar in an incredible 1:03:43. Several personal bests were accomplished and special mention must go to Bryan Fitzpatrick, who took almost 20 minutes off of his 2016 finish time, coming in at 1:18:07. 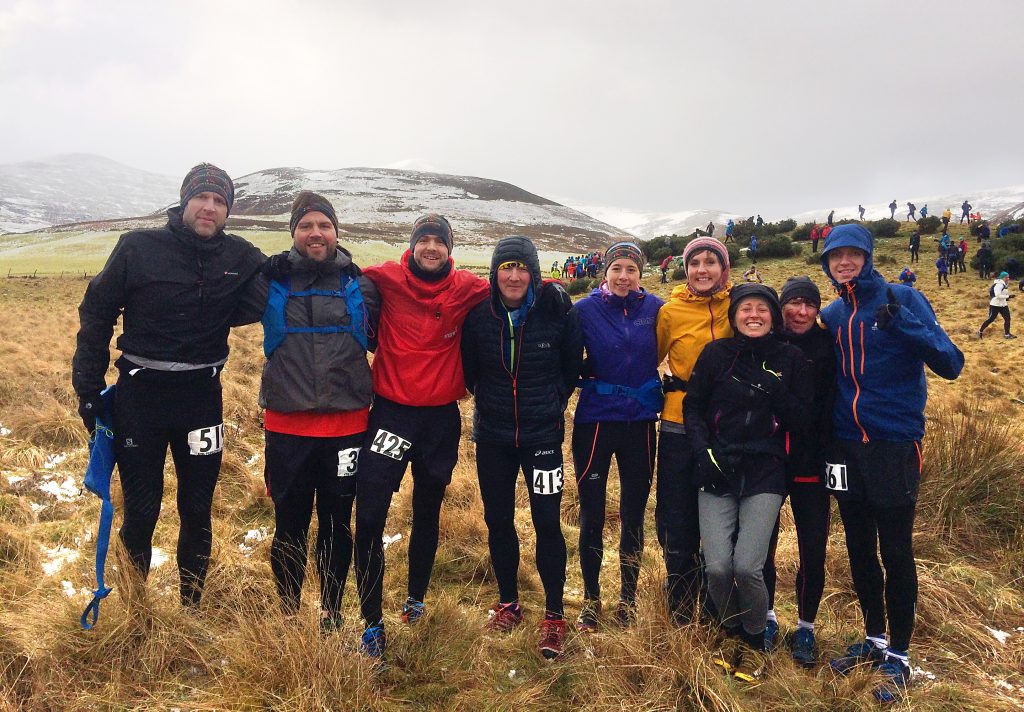 The final race of the Dunoon Hill Runners league series was the Handicap race, held on Saturday 18 February 2017 (info to follow).

Anyone wishing to join the Dunoon Hill Runners is invited to complete a membership form and bring it along to a training session, or pass to a committee member.