The Sunday morning ferry to Gourock was abuzz with nervous anticipation as 10 Dunoon Hill Runners plus their supporters made their way to Glasgow for the Great Scottish Run 2014. The weekend saw the city invaded by runners of all ages and abilities, and the Dunoon club was represented in both the 10K and the half marathon. 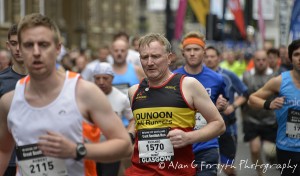 The starting point for the races was George Square where there was a real sense of celebration as various sports personalities participated in the build-up commentary to encourage everyone who was competing. The half marathon itself was led off by the elite runners, including the great Haile Gebrselassie, as well as Commonwealth Gold Medal 2014 marathon winner, Michael Shelley, and last year’s GSR women’s winner, Susan Partridge. Dunoon Hill Runners were scattered across the following 3 waves that headed up St Vincent Street and over the Kingston Bridge. They were soon enjoying the sights and sounds of the race including pipers, drummers and the many spectators cheering them on. With the club vests proudly on display, shouts of “Come on, Dunoon!” from the Glasgow crowd spurred the Cowal team forward. Despite a previously ominous forecast which had resulted in the organisers advising everyone to prepare for cool and wet conditions, the rain largely held off and there was only one refreshing torrential shower. 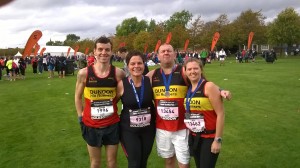 This year’s course was different from last year’s and contained a few more hills which, despite not being on trails, were right up the Hill Runners’ street! The course took in Pollok Country Park and Bellahouston Park before heading back alongside the Clyde to finish at Glasgow Green. The race was won by Stephen Mokoka of South Africa (61:25) and Edna Kiplagat of Kenya (67:57), with team Dunoon Hill Runners not too far behind.

It was great to see the Dunoon Hill Runners club represented for the first time at the Great Scottish Run – an exciting and special event in the Scottish racing calendar – with each of the DHR team successfully completing and a few firsts and personal bests achieved.

Race results can be found here. 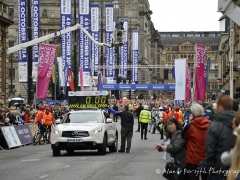 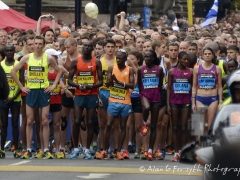 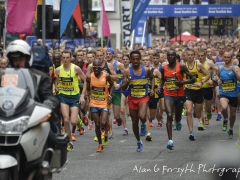 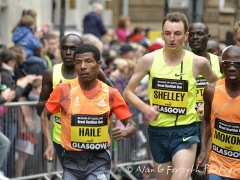 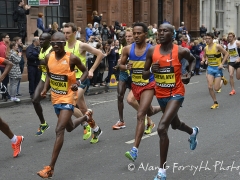 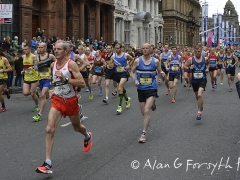 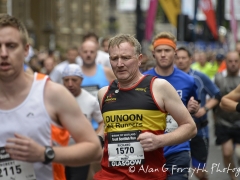 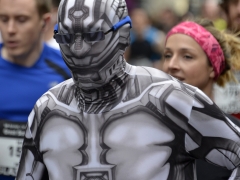 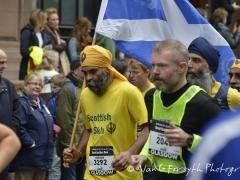 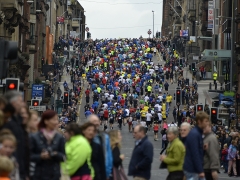 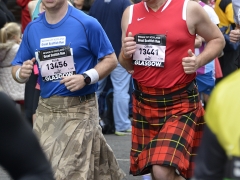 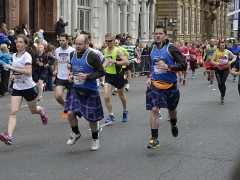 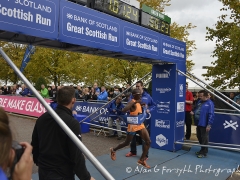 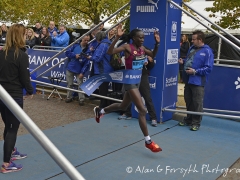 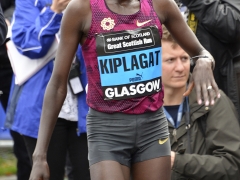 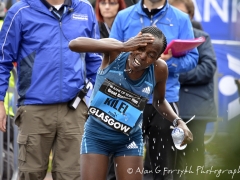 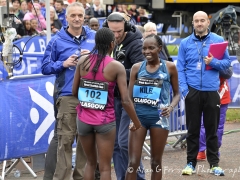 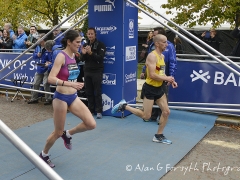 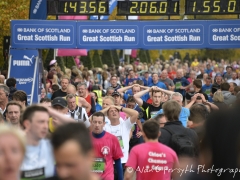