2018 is off to a strong start for Dunoon Hill Runners. Attendance was boosted lately by the presence of over 30 beginners, most of whom concluded 10 weeks of training, culminating in a 10K trail run around Glenkin forestry. The club is now delighted to welcome many of these new runners aboard as full members, bringing the membership total to over 100. It has been encouraging to see the surge in interest in running on the scenic hills of Cowal, even attracting residents of Inverclyde along to training nights.

Meanwhile, the first hill race of the season took place on 10 February, the tough and notorious Carnethy 5 on the chilly Pentland hills. A strong team of 11 Dunoon Hill Runners was entered in this edition, each of whom put in a formidable performance which was a credit to the club. Overall, the men’s team placed eleventh, and the women’s team seventh. 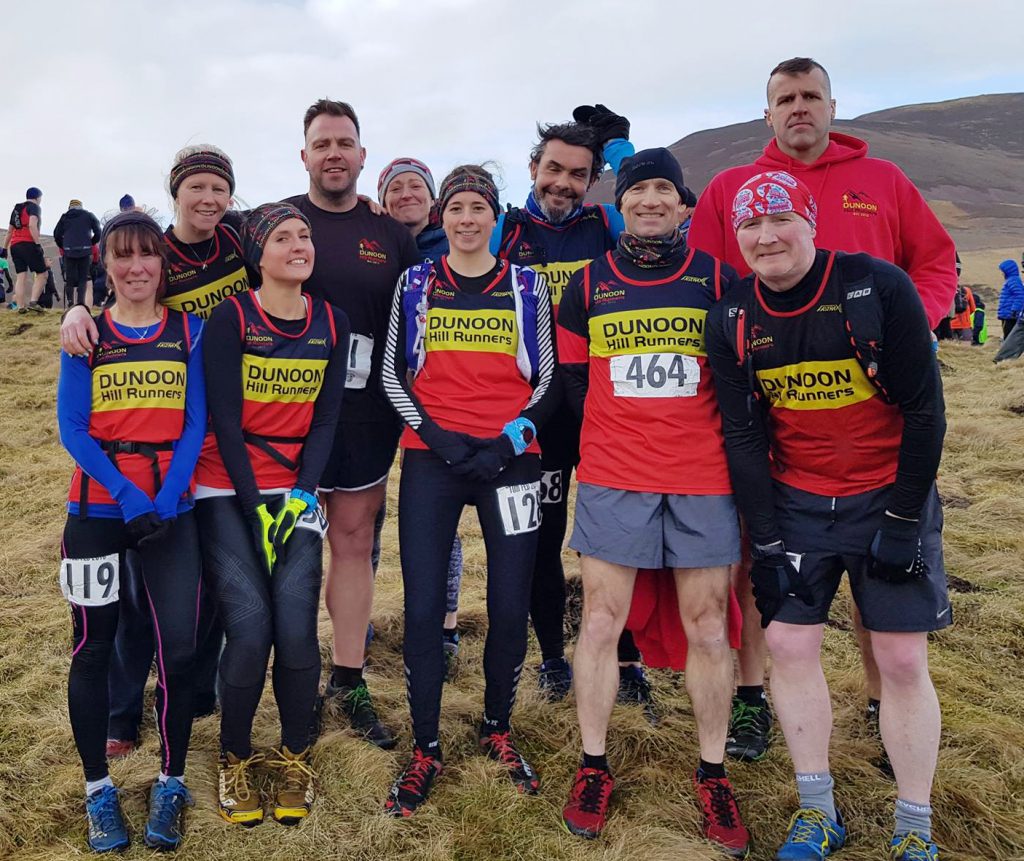 First to complete was Grant Mackellar in a very speedy 1:00:23. Despite beating his previous year’s time by nearly 4 minutes, Grant’s reaction was, “I’m a little disappointed not to break the hour, but it gives me a target for next year”. Ricky Reid took over a minute off of his 2017 time, coming in at 1:05:23. A delighted Bryan Fitzpatrick saw a personal best of 1:09:34, an almost 9 minute gain over the previous year, and a colossal 28 minutes off of his 2016 time.

The club will be having its AGM and Prizegiving at Cowal Golf Club on 24 February 2018 (at 7 pm). This will be preceded by a Handicap Race at Glenkin earlier in the day. 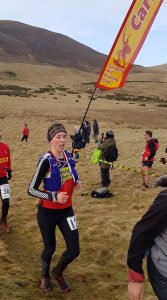 This was 20 year old Lucie Noakes’ third year of racing at Carnethy. Here is her account of her 2018 experience:
“The Carnethy 5 hill race is a 6 mile run which takes you on a loop around five peaks (totalling 2,500 feet of ascent) before returning to the finish.

Having the race in February makes it that little bit more interesting and leaves us all wondering each year what weather we will face. The last two years I have taken part, the weather has been nothing short of horrendous, so this year we were ready for anything.

As luck would have it, the weather was in our favour – some sunshine, a little bit of rain and some strong gusts of wind – much better! It was strange for once to be able to see the tops of the hills and where you were going, it made it a bit more enjoyable.

After the mass start of 500 plus runners, you find yourself in a disorderly line to begin the first ascent up to the top of Scald Law – a real test for the legs and not the easiest of starts. You then take on 3 more hills (South Black Hill, East Kip and West Kip) before running right back down to a flat stretch for about a mile until you start the final climb up Carnethy Hill. This is the last hill, the one that puts your tired legs to the test especially with a nasty false summit!

After a jelly baby half way up, which took me a good 5 minutes to eat, I was at the top of the last hill – a massive relief with only the downhill left to go. This is my favourite part – head down, arms out and letting my legs do all the work.

I always find it hard to describe the feeling you get crossing that finish line but, I love it. The endorphins are flowing, and then you get a cuppa, a biscuit and a pat on the back … brilliant! Can’t wait for Carnethy number 4!”