As has become traditional, the day of the Dunoon Hill Runners annual AGM and Prizegiving, held on 24 February 2018, commenced that morning with the last club league race of the year. This was the Handicap Race, a 4K loop in Glenkin. Start times were allocated to runners based on their season’s performance, and first across the finish line this year were Ann Keenan and new member Steve Danby.

The evening’s proceedings were held at Cowal Golf Club, starting with the AGM when Club Chairman, Ian Marshall, reviewed a year that had seen a sizeable intake of new runners, expanding the membership total to over 100. In acknowledgement of this, attendees voted in an additional 6 committee members, with positions covering social events, training co-ordination and membership.

The club prizegiving ensued and included the presentation of a new trophy which had been designed and hand made by Holly Lyons of Dunoon Grammar School. 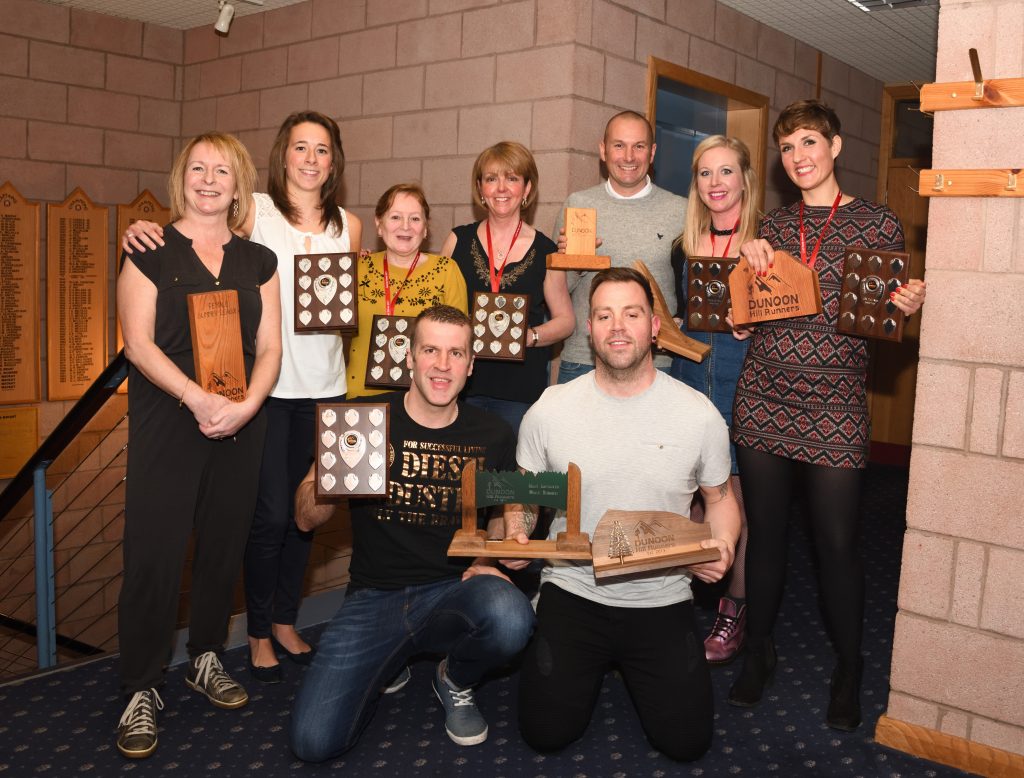 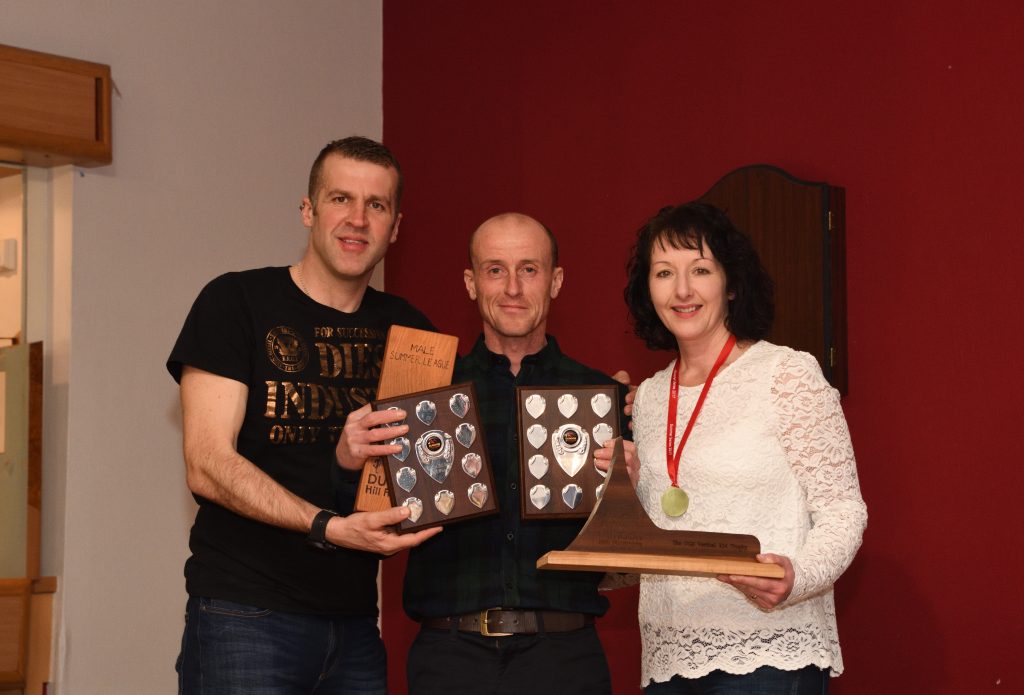 Medals were also presented to all members who had participated in the club league.