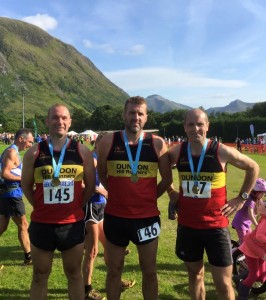 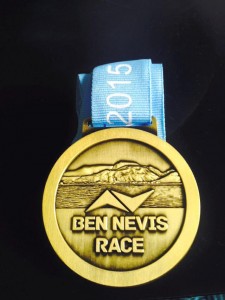 It’s hard to keep up with all the races in which the Dunoon Hill Runners club has been represented! Most recently, on 4 September 2015, 3 members took on one of the oldest and most prestigious hill races in the UK calendar – the Ben Nevis Race. This race requires pre-qualification and there are strict cut-off times for the half-way point, the summit and completion of the route. David Walsh, Ricky Reid and Ian Marshall all succeeded in completing in highly respectable times, despite the warm temperatures, and can be very proud of their achievement. Results can be found here. 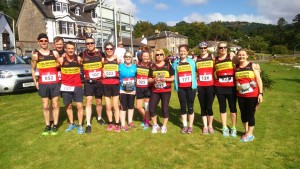 On the same day, 12 Dunoon Hill Runners took part in the beautiful Kyles 10 Miles Race, up from 3 participants last year. This is a truly scenic route and it’s safe to say that everyone thoroughly enjoyed running in the sunshine and success was achieved all round. Results can be found here.

The weekend prior saw DHR competitors successfully completing both Cowal Highland Gathering races – the 5K road race on the Thursday and the Camel’s Hump hill race on the Saturday. Hill race results can be found here.

A special mention must go to Anne Lloyd Evans who came in as 7th female in the inaugural Glencoe Skyline Race. This races is described as “fusing mountain running and alpinism in a pure test of speed, endurance and skill on an uncompromising, world-class course”. It is not for the faint-hearted, taking in many of the Glencoe peaks and ridges, including the renowned Curved Ridge and Aonach Eagach. Well done, Anne! (Results here).

The season is not yet over, of course, with more races lined up such as the Great Scottish Run, the Glencoe Marathon and Mamores Half Marathon and the Glen Ogle Ultra, among others!