Dunoon Hill Runners club has, in the first half of the year, been incredibly busy both off road and on road. The club has been competing in races as far afield as Malta and America as well as venturing south of the border and all over Scotland.

Runners have been racing Scottish championship fell races, ultra distance marathons (30 miles +) and road races, from 5K up to 55 miles.

Most recently, the club had a total of 28 runners competing over the past 3 weeks in the Kentmere Horseshoe English Championship fell race, the Fort William marathon, Toward for a Tenner half marathon and the Devil O’ the Highlands 43 mile ultra. Each runner achieved significant goals with personal best times, first time competing and high placings in races.

The success of the club is incredible; it has grown tremendously and now boasts more than 60 members. Its popularity is based firmly on the belief that running is achievable to the majority of people and that they have some of the best running trails around on their doorstep. The club’s philosophy is that enjoyment in running is the most important aspect of the sport and is inclusive to all abilities. 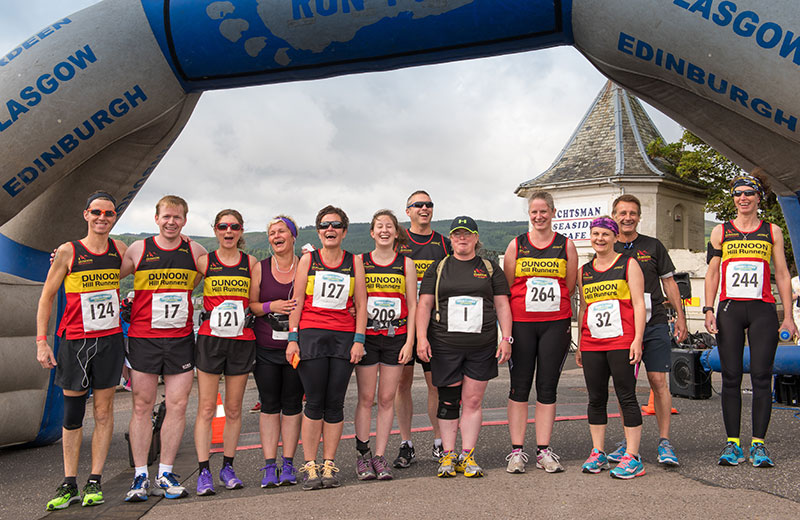